Don't get fooled by its unassuming looks. Taze fasulye is the Turkish classic you'll come back to again and again, every summer.
Vidar Bergum
Jump to Recipe

They look unassuming, but Turkish style runner beans in olive oil is one of the most delicious things you can eat! A popular meze and summer food, I make taze fasulye, as it’s called in Turkish, as often as I can when the beans are in season. It works well with rice alongside for a light dinner. Or you can serve chicken or fish alongside, if you like. Either way, it’s absolutely delicious.

I used to think vegetables are best when they’re still crunchy. Like pasta, al dente was the way to go.

But that was until I encountered the Turkish concept of zeytinyağlı meze, olive oil based dishes, where vegetables are cooked in olive oil over a low heat until they’re completely soft.

And now, true convert that I am, I think there is something quite wonderful about vegetables that have become so soft they almost melt on your tongue.

Of course, the flavour needs to be there too. Otherwise, it’s just a sad old vegetable. But if the method used to get there is a good glug of olive oil, some onion, garlic and tomato – count me in.

Virtually any vegetable goes as far as zeytinyağlı meze are concerned.

Taze fasulye. Turkish style runner beans in olive oil. In spite of its sometimes slightly underwhelming look, it’s usually one of the first mezes to disappear from the table. It’s really that good.

In Turkey, runner beans are typically used. These come in different shapes and sizes. They’re always cut into smaller pieces, but exactly how is up to the cook. I like cutting them thinly, at an angle.

If you can’t find runner beans, the dish also works really well with regular green beans/French beans. This is commonly used in neighbouring Greece, where they have a similar dish called fasolakia giaxni. The flavour and texture will be slightly different, but still delicious.

The beans keep well in the fridge, so make ahead if you wish. But make sure you allow the taze fasulye to come to room temperature before eating. Being fridge cold does the dish no favours.

I usually serve these as a light summer dinner. In fact, I do so almost every week during the runner beans’ short season from late spring until mid summer. All I need alongside is Turkish style rice and a freshly chopped salad.

Taze fasulye is also popular served as a meze. I rarely make it especially for the meze table, instead having it for dinner the day before I’m expecting guests. Then I’ll serve up what’s left as a meze, as the beans will keep perfectly for days in the fridge. As mentioned above, just make sure you allow them to come to room temperature first.

The dish also works great as a side dish with white meat or fish.

The recipe serves 3-6, depending on what else is on offer. 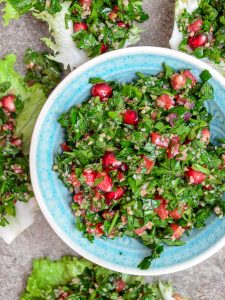