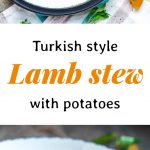 Delicious lamb stew with potatoes and warming spices typical of the Middle East and South-Eastern Turkey. Simple to make and the perfect warming one-pot meal for cold winter days!

I would never call this a Turkish lamb stew. But its inspiration and flavours are part Turkish, part Middle Eastern.

If I may say so, it’s like a tastier version of the basic lamb and potato stews you’ll find at many esnaf lokantasi – shop owners’ cantinas which now serve anyone looking for a quick, cheap and satisfactory lunch.

Contrary to what many people seem to think, Turkish cuisine doesn’t have a heavy hand with spices. In most dishes, it’s limited to a few pinches of pul biber, the mild chili flakes perhaps better known as Aleppo pepper.

But in Southeastern Turkey, the local cuisine is more aligned with Levantine cuisines such as Syrian and Lebanese cuisine. Here, warming spices such as cumin are more commonly used. And they have a heavier hand with their pul biber (which may also be a little more fiery than the ones you get elsewhere in Turkey!).

This stew is simple to make, yet brings out multiple layers of flavour. It’s spiced just enough for the taste of warming spices to come through, but sparingly enough to allow the lamb to remain the star of the show.

A few things on the way

I use lamb shoulder for this, but leg should work equally well.

Whichever it is, do take the time to cut off any excess fat. Clearly, there are worse things in life than the taste of a little lamb fat. But leave too much of it, and the stew becomes heavy and slightly greasy. This stew should feel comforting, yet light – not too heavy.

If you have them, snap the bones in half and put them in the stew too. They contribute a ton of flavour!

Serve with rice or bulgur, and a simple salad. Even in winter, I try to eat fresh salad every day. Grated root veggies are always a welcome fresh side treat!

Serves 3-4 with rice alongside. 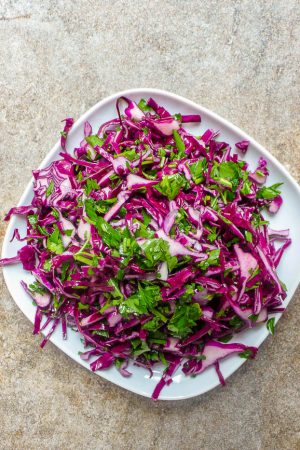 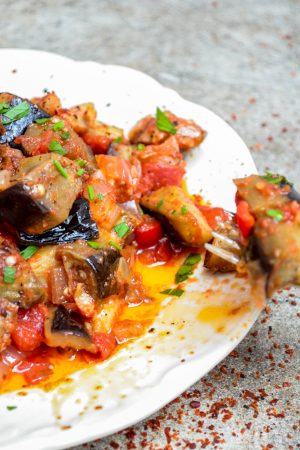 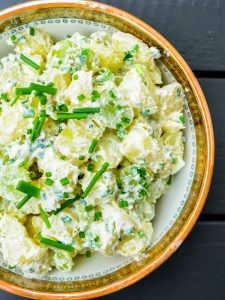