A delicious weekday dinner inspired by many visits to the Uyghur restaurants of Istanbul. A homey, simplified “cheat” version of the traditional dish lagman, made with ready noodles and a delicious stir fry sauce.

My partner’s decision to join a Chinese language course in Istanbul yielded unexpected results. Within weeks, we were regulars at the Uyghur restaurants of Fatih, known as the old town of Istanbul to the rest of the world.

A few words on the Uyghurs and Uyghur cuisine

The Uyghurs are a predominantly muslim people of Turkic ascent. They’re native to the Chinese Xinjiang region, but are culturally more closely related to Central Asian cultures. If you follow the news, you’ll know that China’s treatment of Uyghurs is a source of international controversy and a thorn in the diplomatic relations with both Turkey and the West at large.

But this isn’t a post about the politics of Chinese-Uyghur relations. Instead, it’s a nod to the incredible wonders of Uyghur cuisine.

Uyghur food takes elements that are central to Chinese as well as Central Asian, mixing ingredients such as mutton and beef with peppers, aubergines and chilis. Dumplings and noodles are joined by hearty stews and bread for breakfast.

In many ways, the best of both worlds!

Lagman is a dish hand-pulled noodles topped with a stirfry. It’s perhaps the best-known Uyghur food, and no wonder! Because this is a delicious food that I always order when at an Uyghur restaurant.

The dish probably originated from the Chinese dish lamian, but the style and flavours are distinctly Uyghur. The mentioned influences of both Chinese and Central Asian cuisines are clear.

Making the hand-pulled noodles that are at the centre of lagman is pure art. I highly recommend watching YouTube videos of the skilled locals making them from scratch!

In short, the noodle dough is so stretchable that a single piece turns into a noodle long enough for a full portion! In other words, if the Lady and the Tramp were eating lagman rather than spaghetti, the plate would be empty by the time their lips met!

A good lagman noodle is fairly thick and chewy, but doesn’t feel doughy.

Magical Uyghur style stir fry to top it off

While a good noodle is crucial to a perfect lagman, it’s the stir fry that gives the dish its wonderful flavours.

At Tanrıdağ restaurant, my favourite of the Uyghur restaurants I’ve tried in Istanbul, there’s a wide range of choices of flavours. Classic lamb or mutton, spicy versions, vegetarian versions – you name it.

My favourite? The one with “special sauce”. Of course.

The base is lamb (or mutton) and peppers, with a few other vegetables in the mix too. But it’s also packed with flavour from the sauce, which contains tomato, chili, Chinese style seasonings (and possibly a secret ingredient or two!).

This is the version that’s inspired me as I’ve tried to recreate those flavours at home.

How to serve lagman

Then it’s up to everyone to mix it as they like.

If you’re sharing, remember to cut up the noodles! As mentioned, if done properly, that huge pile of noodles on the plate is actually a single piece.

I’ve not tried to recreate the magic of homemade handpulled noodles that makes lagman so magic. However, with limited options to visit restaurants in the past couple of years, I still wanted to have some of those flavours at home.

And I’m pleased to say that while I’m sure traditionalists will rebuke, the result is delicious!

In place of the handpulled noodles, I use dried noodles or spaghetti. Of the best quality, of course, but it’s the stir fry sauce that really does the magic here.

This recipe for Uighur style stir fry with noodles is a great way of experiencing some of those flavours at home. And if you have a chance to try the real thing, I urge you to try it. In the meantime – or anytime! – this recipe for cheat’s lagman is an excellent alternative!

These lamb dishes are also worth trying!

Lamb stew with potatoes
Get recipe → 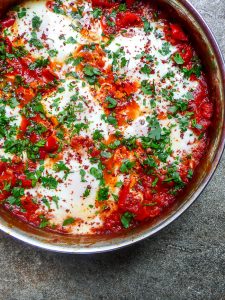 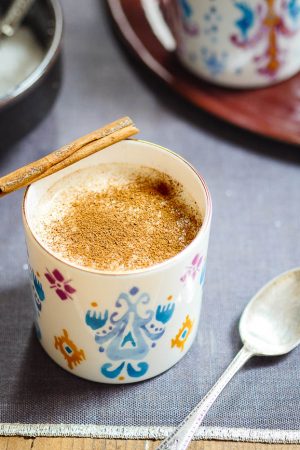