A refreshing and easy-to-make Turkish classic.

If you’ve ever been to Turkey you’ve probably come across ayran. This much beloved yoghurt drink is pretty much omnipresent in the country and is especially popular alongside kebabs..

Ayran has been one of the most popular drinks among Turks ever since they were nomads in the central Asian region. After discovering yoghurt, Turks quickly figured out a way to make the slightly bitter cultured milk product more palatable: By diluting it with a little water and adding salt.

Since then, both the tradition and the drink’s popularity has remained almost unchanged among Turks for thousands of years, even spreading far beyond. Ayran of various types (and names) is also very popular east and west of Turkey, in areas such as Iran, Iraq, Lebanon, Azerbaijan and the Balkans.

How to drink ayran

Turks eat a lot of yoghurt, almost exclusively as part of a savoury meal. It is therefore perhaps not surprising, even though I admit it sounded weird to a Norwegian, that ayran is particularly popular with grilled and fried meat.

In fact, it works incredibly well – the light and tangy notes balancing the fat and density of meat perfectly. Sceptical at first, I am now the first to order ayran on that rare visit to a kebab restaurant… 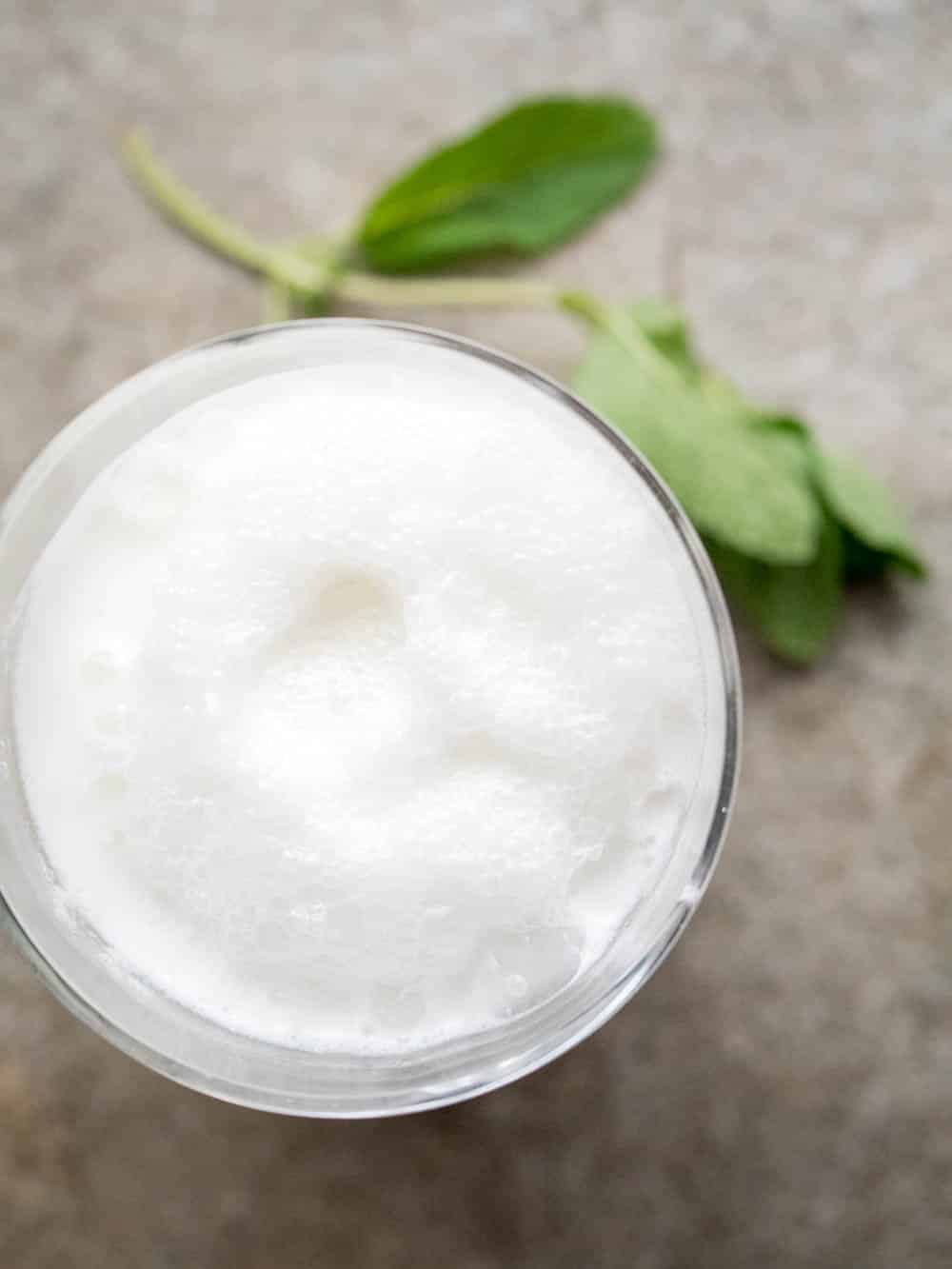 Ayran may also be enjoyed on its own. Especially in summer, when it works a treat on hot days.

Although commercial varieties are available at any cornershop, nothing beats the homemade variety. And it takes only two minutes to make!

What yoghurt to use for making ayran

When making ayran, the result is nearly completely dependent on the quality of the yoghurt used.

I’m lucky enough to be able to source home made yoghurt, made fresh daily, from my local cheese shop. And sometimes I even make it myself. It’s not at all difficult, and the flavour is far superior to commercial brands.

Of course, not everyone has the luxury of being able to buy fresh homemade yoghurt locally. And most don’t eat enough yoghurt to justify the time commitment of making your own. 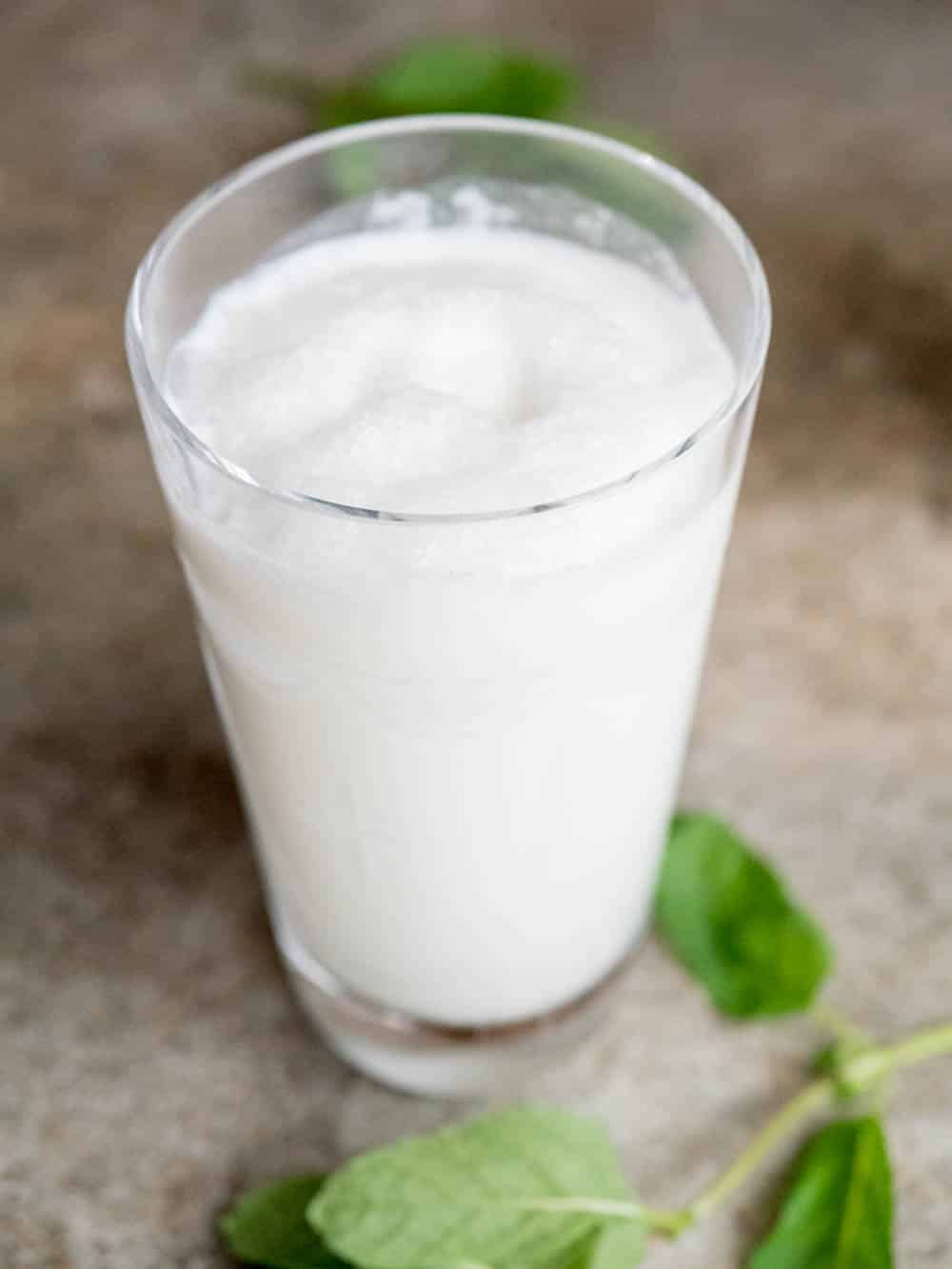 Shop-bought yoghurt works well when making ayran too, but make sure to choose a brand you really like. In my view, a tangy yoghurt works better than a creamy one – but you do you.

If using Greek yoghurt or any other thick type of yoghurt, you may have to use a little more water than in the recipe below.

How to get foamy ayran

To many Turks, the foam on top is the highlight of the ayran.

Unless you’re ready for a relatively complicated process involving more ingredients than just yoghurt, water and salt, it is difficult to achieve the same level of foam you find in many kebab restaurants at home.

Some recipes suggest substituting sparkling water for some of the water to increase the amount of foam. I couldn’t notice any difference when I tested it.

I prefer my ayran plain. Other may add dried or fresh mint, either into the ayran itself or to garnish on top.

Some recipes, particularly non-authentic ones, also suggest adding finely chopped cucumber. I’m sure it’s tasty, so feel free to add some if you like, but it’s not Turkish. To me, that sounds more like cacık, the Turkish equivalent of tzatziki, which may also be served diluted with water as a soup. 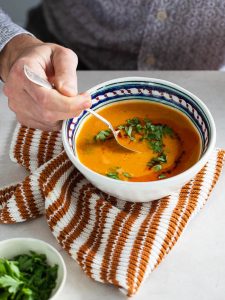 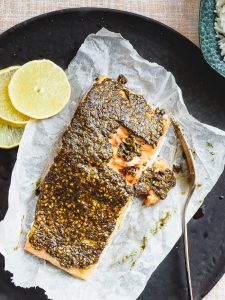