The perfect cooling accompaniment to grilled foods and meatballs, cacik is even better than the Greek tzatziki.
Vidar Bergum 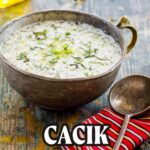 In the heat of summer, there’s nothing like cucumber laden yoghurt. The famous Greek tzatziki has Turkish origins – and personally I prefer the original, cacik. The perfect accompaniment to grilled foods or meatballs!

When food is on a Turkish table, yoghurt is never far away. The creamy, but light and slightly tangy flavour goes well with the typical flavours of Turkish cuisine.

And let’s be honest: What’s better than some cooling yoghurt alongside dinner in the heat of Turkish summer?

While a simple (but huge) dollop of yoghurt, home made or shop bough, will often do, there’s also no shortage of yoghurt based dishes in the repertoire of Turkish home cooks.

Cacik is a yoghurt and cucumber based meze or side dish. It’s usually flavoured with garlic and dried mint or, less often, dill. You can think of it as a Turkish yoghurt sauce with cucumber.

The dish likely originated from the tarator dishes that became popular across the Ottoman empire, from the Balkans to the Middle East. Originally a simple meze of yoghurt, walnut and vinegar, several variations developed over time.

Cacik, which can also be thought of as a cucumber tarator, is thought to be Turkish in origin. It’s been documented to be in existence as early as the 16th century! At the time, it was likely herbier than most modern versions.

There are also versions using other dairy than yoghurt. According to Musa Dagdeviren’s The Turkish Cookbook, cacık can be made with a 50/50 mixture of yoghurt and lor peyniri, a Turkish fresh cheese similar to a dry ricotta.

The proper spelling of the dish is actually cacık. That is, the i is dotless. In the Turkish alphabet, this is a separate letter from the dotted i, and is pronounced like a short eh or uh (ə).

So if you want to sound like a Turk, you should pronounce cacik dzja-dzjək!

As its name suggests, the dish is similar (but not identical) to Greek tzatziki, itself thought to be a variant of the Turkish original.

What is the difference between Turkish cacik and Greek tzatziki?

Greek tzatziki is a garlicky and thick yoghurt dip with grated cucumber. The cucumber is typically squeezed off most of its water, ensuring a thick and spreadable dip. It’s always served as a meze, or as a side dish.

Turkish cacik includes much of the same ingredients, but is usually herbier. Dried mint is a common and powerful addition, though some may opt for dill.

The consistency and purpose is often also very different. In Turkey, cacik is commonly served as a cooling soup-like dish at the height of summer, either alone or as a side dish to hot food. It can also, however, be served thicker and more similar to tzatziki, like a cacik dip.

Because of this, the cucumber is rarely squeezed off its water like for tzatziki. Indeed, most Turks will simply great or chop the cucumber and add it as is.

How to make cacik

Making cacik is super straightforward. This is certainly a recipe that anyone can have easy success with!

Since it’s a simple recipe, the quality of the ingredients are paramount to getting the best results. This goes particularly for the yoghurt (get your favourite Turkish or Greek yoghurt) and cucumbers.

It’s best to use the shorter Lebanese or Persian cucumbers. They are smaller and firmer, but also have a lot more flavour than the regular English cucumbers. This will make a difference to your cacik! If using regular cucumbers, I recommend scraping out the soft centre, as this is usually mushy and flavourless, doing your cacik no favours.

Unlike tzatziki, where the cucumber is grated, cacik is usually made with finely chopped cucumbers. This gives the dip (or soup) a more interesting bite, rather than the mushy consistency often resulting from grating cucumbers. It also allows the flavour of the cucumber to come through in a better way.

While garlic is a key ingredient to elevate your cacik, take note that it should be subtle and not overpowering. Garlic can vary quite considerably in strength, and can get stronger if the dish isn’t served immediately. I therefore recommend adjusting the amounts in the recipe according to your own judgement, keeping in mind that the garlic should be noticeable, but subtle.

Finally, don’t forget the salt! It’s easy to leave out, but it helps elevate the flavour.

How to serve Turkish cacik

In Turkey, cacik is often served at simple köfte restaurants, as a side dish alongside meat and rice. It also works a treat alongside Turkish stews such as kuru fasulye or meats like Turkish meatballs or shish kebab.

If you’re making your cacik Turkish style, as a soup, make sure to serve it in individual bowls with spoons. This includes if you’re serving it with the dishes noted above!

If you’re going for a thicker, Greek tzatziki like dip, you can place it in a serving bowl in the middle of the table for everyone to help themselves. In this case, it’ll also work really well as one of several meze to start the meal.

The recipe serves at least 4, more if you’re going for a meze spread with lots of different dishes.

Once mixed, the cucumbers quickly lose their crunch. If serving as a thicker dip, the yoghurt will start releasing whey, which looks unappetising, quite soon after mixing. I therefore recommend making cacik as late as possible before serving. 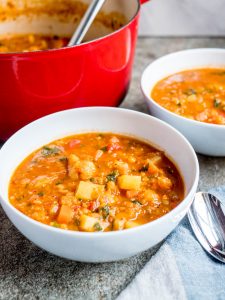 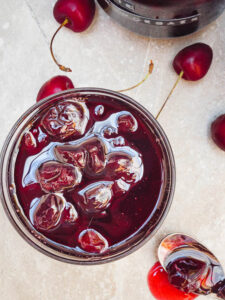 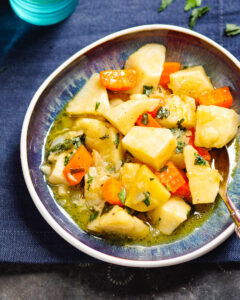