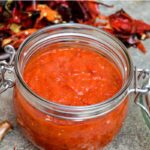 Ajvar is a delicious condiment from the Balkans, arising out of the need to preserve the bountiful red pepper harvest. This red pepper dip or spread is fresher than red pepper paste, and is delicious in sauces or even on toast.

But although widespread also in Turkey, the dish is actually from the Balkans, its name and distribution perhaps a testament to the sharing of food and culture across the empire during Ottoman times.

Ajvar is a preserved condiment based on red peppers. Red peppers are roasted, then mashed (minced or finely chopped) and preserved in glass jars.

There are many variations on ajvar, both generally and locally. The peppers may be mild or hot, and Some may add other vegetables, notably aubergines.

Some “modern”, industrially produced varieties mince the peppers first, then fry them in oil. This is easier, but the result is nowhere near the same.

All the more reason to make your own!

Traditionally, ajvar is made in large quantities in autumn, when the peppers are at their best. Facing the prospect of a long winter without fresh peppers (or indeed fresh vegetables at all), this was a brilliant way of preserving the bountiful harvest until the final jar was opened at some point during the winter.

Because I refuse to believe that any jars would last until spring. It is simply too good to keep locked away.

Preparing ajvar to last the winter as the Serbian housewives used to do is a time consuming activity few of us can fit into the requirements of our modern day lives.

However, in smaller quantities it is hardly time consuming at all. Especially if you’re lucky with your peppers and they peel easily (not all peppers come equal here).

But even if they don’t I wouldn’t worry too much – there’s something meditative about peeling a little batch of peppers. And if you couldn’t care less about meditating activities, rest assured it is still neither complicated nor takes very long.

How to use ajvar

Ajvar is incredibly versatile. I use it mostly as a spread at breakfast, on a fresh piece of bread or toast, perhaps with a little cheese and a scattering of rocket leaves.

It is also delicious added to tomato sauces or alongside red meat. 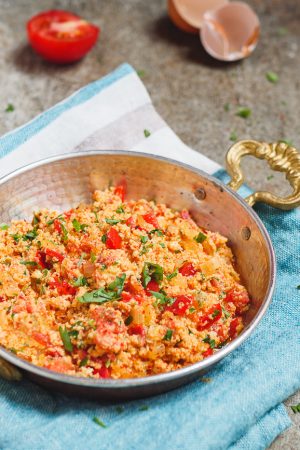 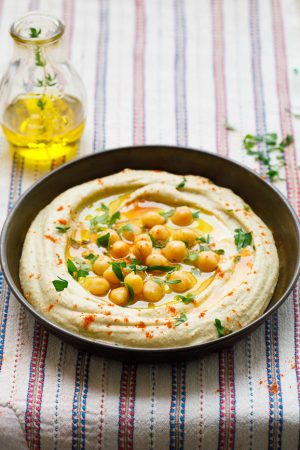 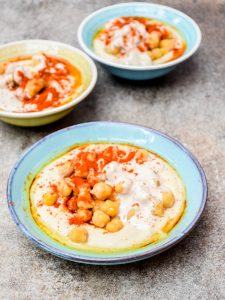